THIS IS AN MUA PROJECT PROPOSAL THAT WILL BE OR HAS BEEN SUBMITTED FOR POSSIBLE MUA FUNDING.

This proposal is intended to complement tracker MDL-62080. There have been several report builder plugins including Configurable Reports that have been well utilized by the Moodle community and would benefit from improved usability, an expanded feature set, and updated logic to suit recent Moodle releases. The community would benefit from a responsive customizable reporting tool integrated into Moodle core.

Currently there is reduced usability with the Configurable Reports plugin in Moodle 3.5. The community needs a reliable report builder that is easily accessible with improved UX and simplified join logic as well as preserving (secure) native SQL reporting for complex operations.

Photos of the possible look when implemented are below...

Embeddable Reports:
Student/mentor view on the Moodle landing page after logging in

Other example of embedded student/mentor report 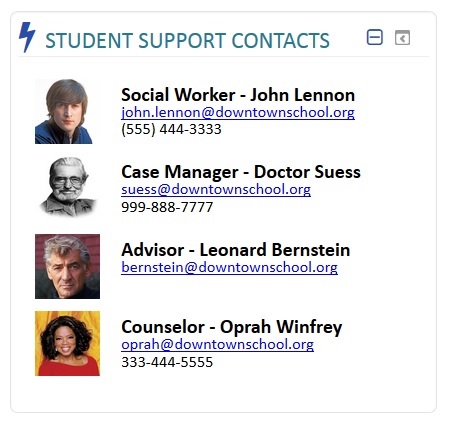 has a non-specific relationship to

will be (partly) resolved by