If you click between different message contacts / threads, the new thread loads and then sometimes randomly another chunk of thread loads a couple seconds later and gets mixed into the current thread.

Note I've opened the thread with Alessandro but then second chunk from German has loaded underneath it. Also there is a second bug possibly with the same root cause, where the left hand list keeps updating and items get added and then removed and sometime reordered, without having actually sent any new messages it's all just js / template weirdness.

Note that Alessandro is duplicated on the left 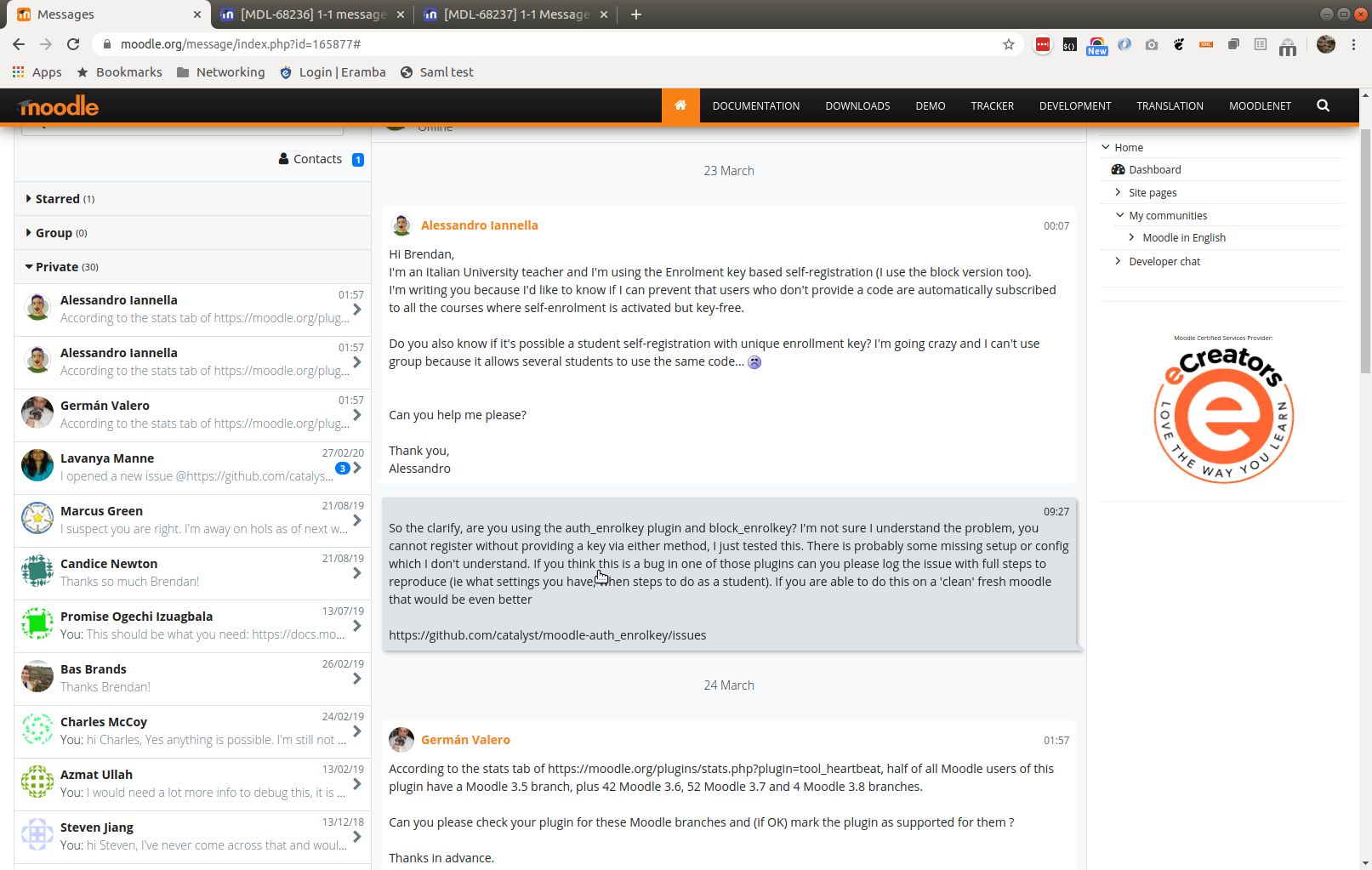