The way it works right now is (as of 4.0 integration):

There is a discussion to have ref. the way it works in other modules. From an earlier comment from dobedobedoh , it seems that forum would not allow anything to be done with users (except maybe read)  which are not assigned to a group.

Translated into BBB, it would mean that users not assigned to any group would not be able to join or see any recordings.

For the forum in visible groups: 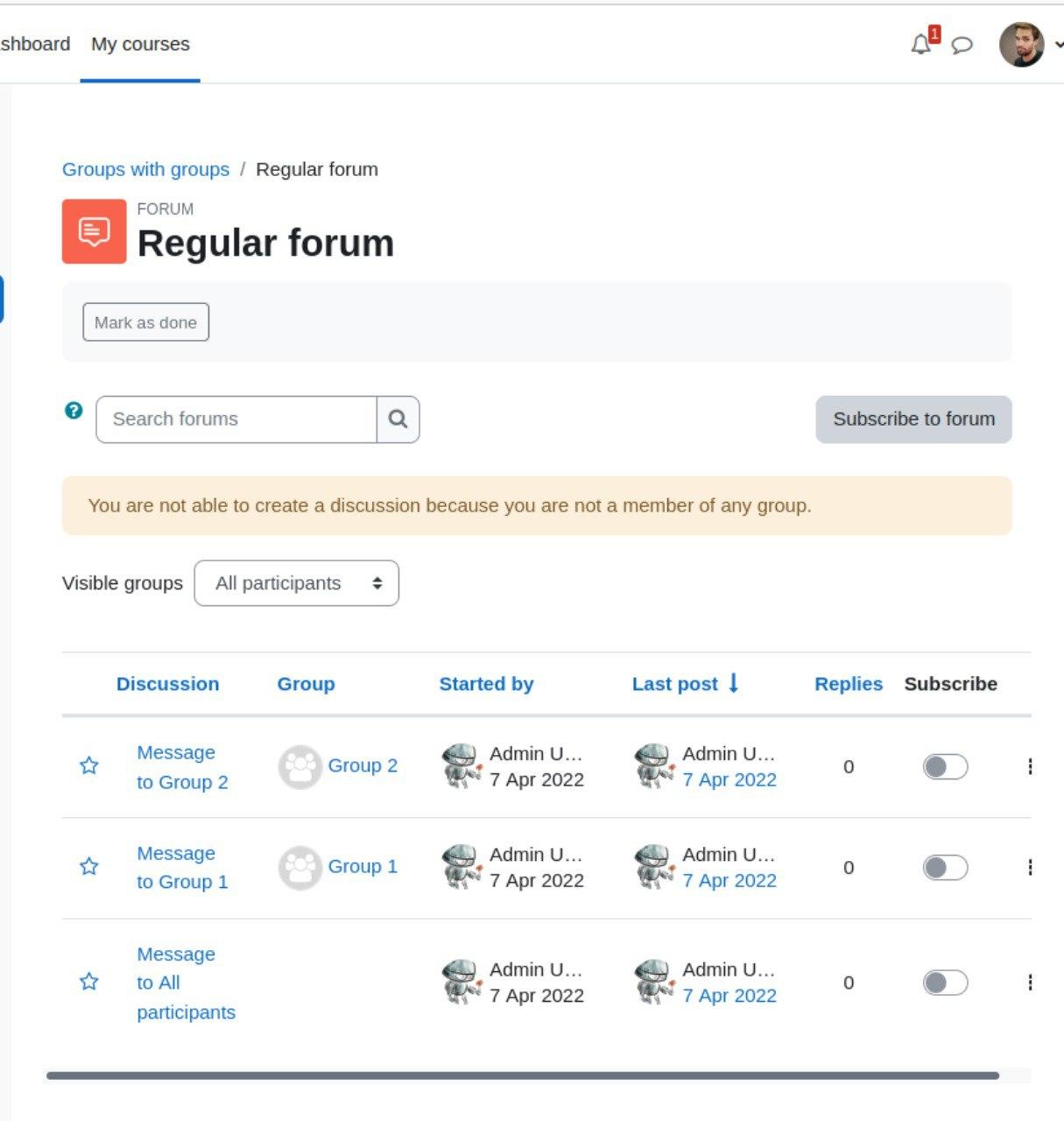 For the forum in separate groups: 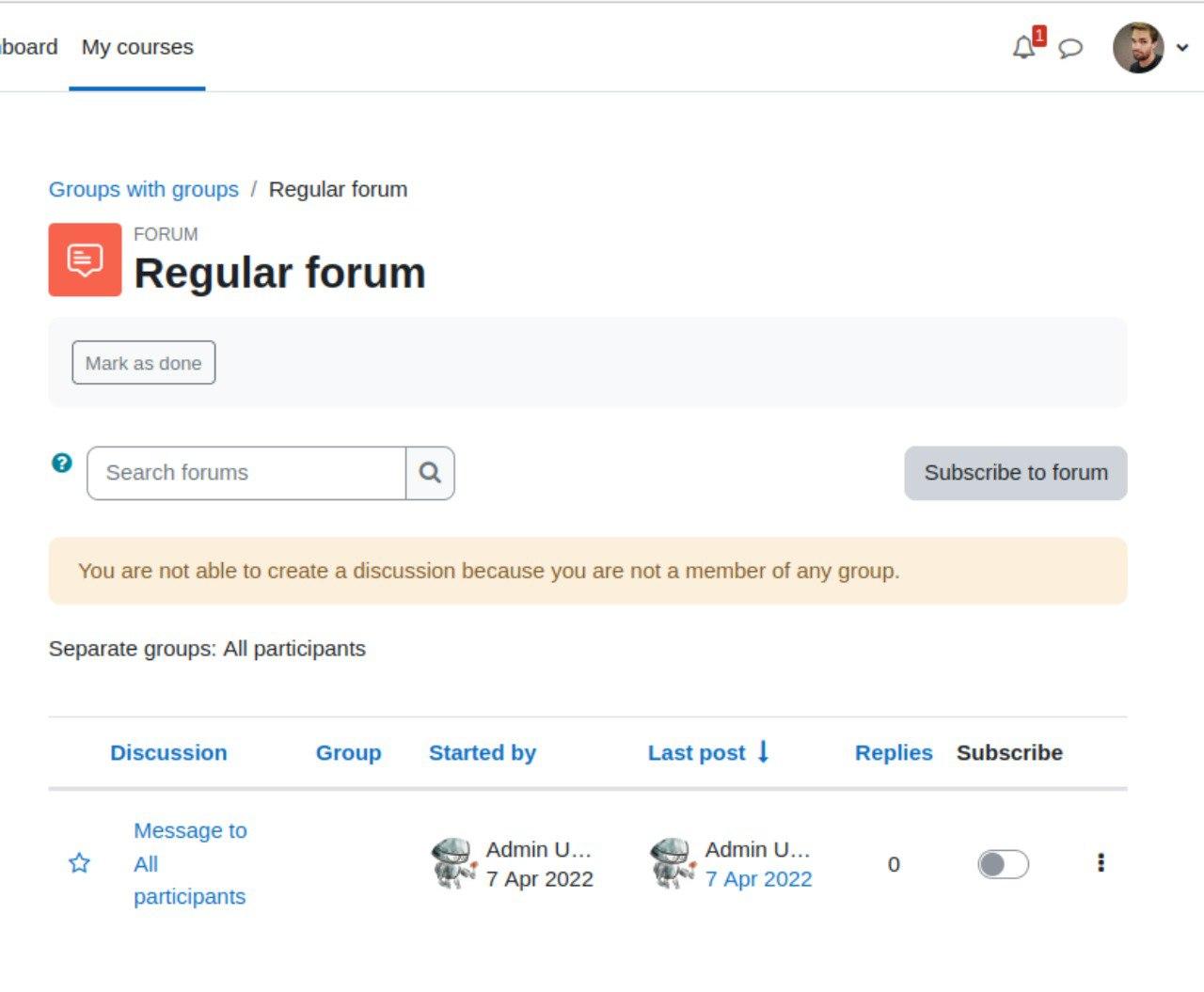 has a non-specific relationship to

MDL-74402 Bigbluebutton instance get_group_id() should be allowed to return null

MDL-74944 "All participants" very confusing, should be "Not in group"